The Daisy in the Rubble

24 Sep The Daisy in the Rubble

The imagined experience of a displaced Syrian child, based on accounts of the real lives of our Little Heroes in Syria. 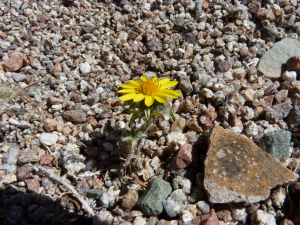 We crouched in darkness as one shivering mass holding onto one another for dear life. Although together we felt safer, our skin and bone were no match for the blazing shell of hellfire that was set to drop. Our whole street had been buried six feet under the sky’s tar black cloud, no light other than the dim candle we let burn. My brothers crowded around me, acting as a cage, locking me inside their makeshift sanctuary. It was me and the flickering flame glaring at one another with the deafening siren of silence melting me to a sobbing mess. My father cupped his moist palm over my mouth, pinching my lips together and muffling my whimpers to a desperate pant. I couldn’t do much but pray, pray to God that my family deserved life. 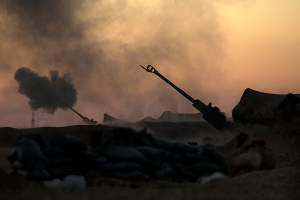 A whistle slit through the clouds, spinning viciously towards our street. Before I could blink, a chunk of metal had already punctured our neighbours’ home and erupted into flames; within seconds their lives were gone with the wind. The interior was ripped apart by a fiery inferno, engulfing my friends like the home’s thin wallpaper, as if they were one and the same. The foundations of the house broke apart like twigs, snapping with a bang and flooding onto the street. Our safe street was now a sea of rubble, sweeping away any who sunk too deep. But as an orchestra of more sick whistles blasted into my father’s eardrums he knew we had to leave.

But how could we?

We would have nothing, no matter where we went. Our ears became dumb to the sound of chaos. Screams echoed in the distance but fell silent with the black smog that bled from the forest of flames. My father kissed my forehead, embracing me with his quivering arms then whispering his desperate prayers in my ear. He spoke my name “Maya, whether our lives end here or our spirits live on you must never forget who God is, God is not hateful, man is”. 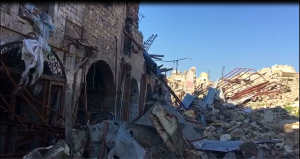 I had turned seven the day my father was killed, two days after the bombs burnt my home into the desert that surrounded it. We had made it to another town; we thought it was safe but the night we arrived my father drowned in embers alongside the people who took us in. As these bombs fell I realised something, that while chaos set its heel on our throats and forced us to choke out a prayer a day, life keeps on moving like those bombs mean nothing and death means nothing.

Desperate for help and clawing for any grasp of hope we could get our hands on, we were found by a group of people. People who may not have known our grief first-hand but who were trying to understand. At the time I refused to speak to them, unsure of whether the food they offered so willingly was going to cost us a fortune or whether we were being used like puppets for another agenda. But I couldn’t fight them, I would take the food they gave me and try to share it evenly with my brothers. But they would stop me, instead giving equal portions to each of us, hot meals, something we missed dearly. They then offered me a stick that would bleed with colour, drench a page in a sunset or a river’s current. I tried it for myself, first sprouting a thin daisy from a rocky grave. 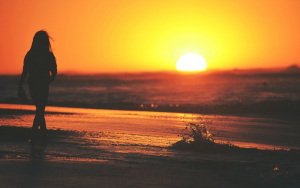 The people there told me I was the Daisy, rising from devastation and coming out on top. And so I showed dust rise over the rubble and buried it deep. Soon more flowers flourished from the smoky ruins, reaching for the stars, reaching for the sanctuary I found at last.

Although this is a piece of creative writing, Maya’s story is sadly reflected in the real lives of countless displaced Syrian children. You can read about what we are doing to help here: www.awareness-foundation.com/little-heroes