We should like to thank Nick Hughes and his amazing choir, Occasional Voices, for giving us a wonderful concert at St. Mary Magdalene Wandsworth Common on the evening of Saturday 20th October. The concert was in aid of the Little Heroes

Over two hours, we were treated to a wide range of music, including numbers from musicals including The Sound of Music and The Lion King, popular songs from across the 20th Century such as “California Dreamin'” and Novello’s “We’ll Gather Lilacs”, and a surprising variety of sacred music from the 16th Century right through to the 21st! The final number, “Dry Your Tears, Afrika”, by John Williams from the film Amistad, was brilliantly sung in the Sierra Leonean language of Mende; this was the native tongue of two of those taking part.

We are so grateful to all those who took part, to Nick who both conducted and performed 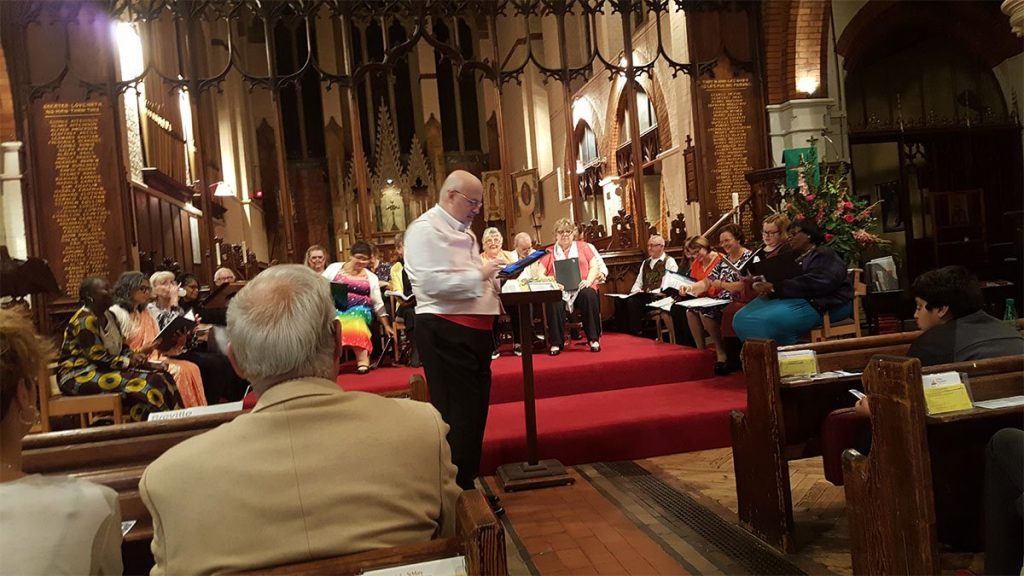 , to everyone who sang in the choir and to the small number of musicians who provided the singers with occasional accompaniment.

The concert, which was very well-attended, raised in excess of £1,700 for our Little Heroes program.

We should also like to pay a special tribute to The Revd Philippa Boardman and the congregation of St. Mary Magdalene Wandsworth Common for hosting the concert free of charge.