Ambassadors for Peace in Syria

28 Feb Ambassadors for Peace in Syria 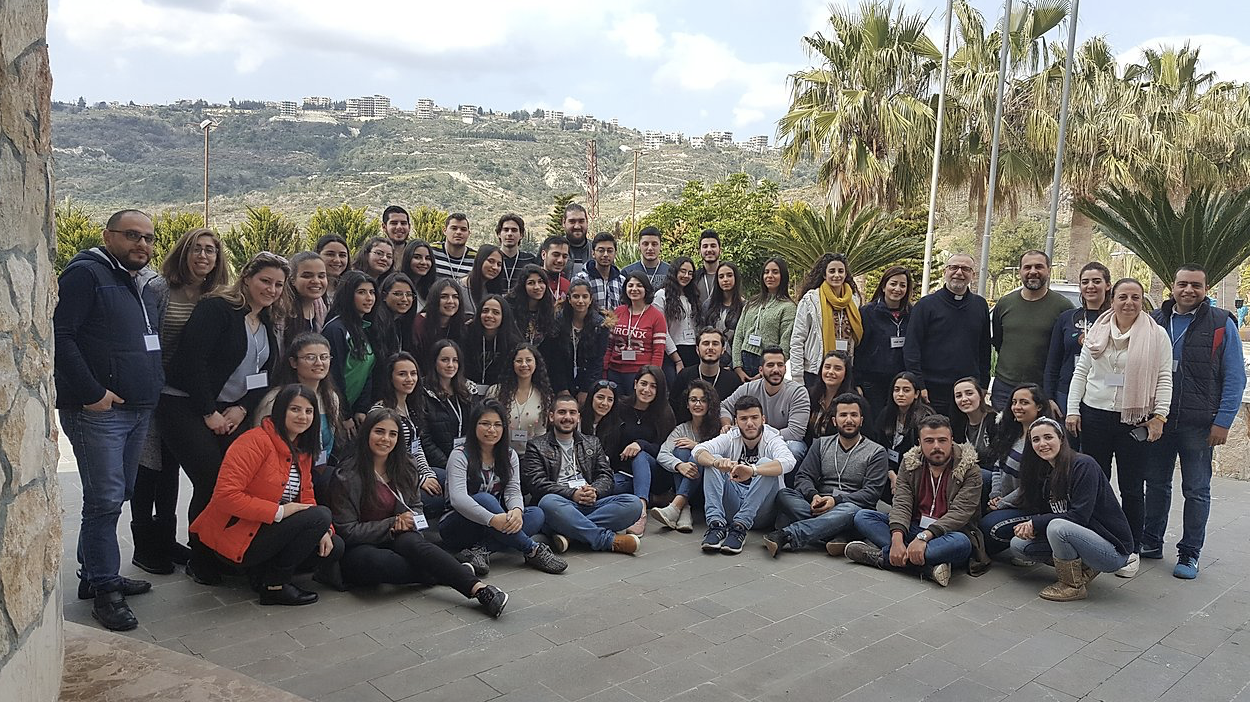 In February 2019, we welcomed 50 young Syrian men and women from different denominations in the Province of Lattakia as they came to begin their own journeys to become Ambassadors for Peace.

This year, we began a new chapter in the life of Ambassadors for Peace. For the first time in five years, we opened our doors to welcome in a brand new group of young people, ready to begin their journeys to become Ambassadors.

50 men and women of every denomination arrived at the Royal Palace Hotel in Mashqita on 21st February, ready to discover how to be a peacemaker and reconciler in their communities. They already knew much about our Programme due to the work of past Ambassadors, and they were very eager to learn.

Nadim and Huda were joined by Fr Amer Kassar and Elza Nasra, plus eight previous Ambassadors who would help the new Ambassadors during the training. The theme for this first event was “All this is from God, who reconciled us to himself through Christ, and has given us the ministry of reconciliation;” 2 Cor. 5:18. 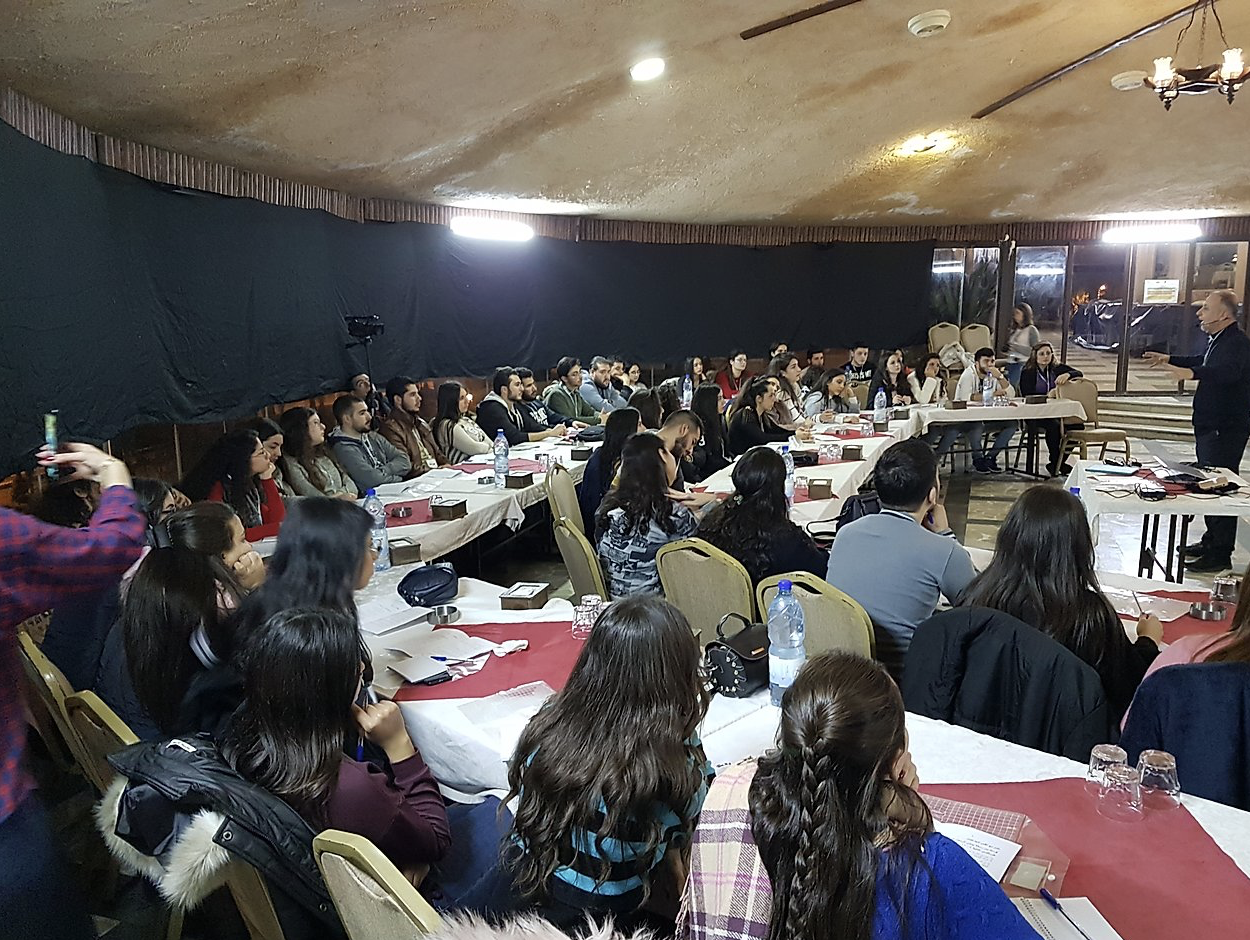 The young people were enthusiastic; they have a sense that the conflict is coming to an end, and they have benefitted from years of support and encouragement from the existing Ambassadors in their churches. They had heard a lot about the Ambassadors’ program, but the reality was, in the words of one participant, “even better.”

We then put on a new activity to measure their understanding of reconciliation. We asked each person to come up with their own slogan on reconciliation, and we printed these and put them up for consideration by their peers. 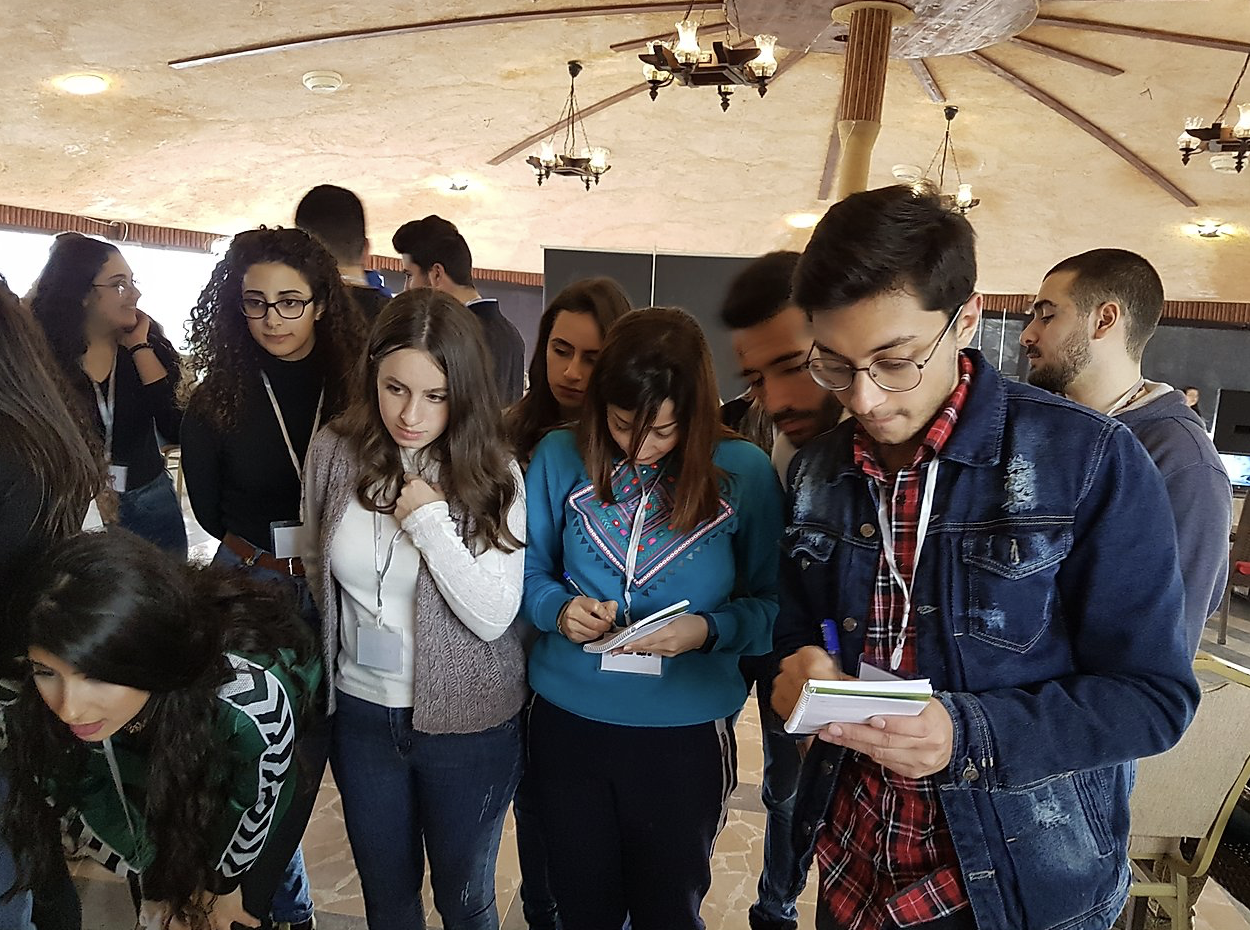 The young people were free to team up together in favor of a particular understanding of reconciliation, and in the end, six teams were formed.

We provided the Ambassadors with training in advocacy and in how to vote; we taught them how to choose leaders, based on ability rather than family or church connections.

On the last day, the teams met for their first taste of actual democracy as they voted for their own leaders. Then, we gave each of these teams a task: to create their own reconciliation initiative built around a day-long event. The teams met to discuss their own initiatives and how they will promote reconciliation in their communities. The teams then presented their ideas in plenary,  and the leaders asked questions to help them to refine their proposals. Proposals included demonstrating how to bring people together through the use of their talents; celebrating the different denominations through a festival of unity; promoting mutual support; and calling on people to take action for reconciliation now.

This was the young people’s first step on the road to becoming full Ambassadors for Peace. We were so impressed by their energy and dedication, and by the imagination and creativity, they showed in their work. They came to us ready and willing to learn, and in the end, their positivity had only increased. To quote the Ambassadors themselves:

“Everyone talks about ‘change’, but for the first time I felt the meaning of the word ‘change’.”

“I had a new feeling of responsibility and I was determined to make the most of it.”

We are especially grateful to all of the clergies in Lattakia who have been so supportive: Fr Habib Daniel, Fr Atef Falah, Archbishop Nicolas Sawaf and Revd Salam Hanna. Thanks are also due to the students at Appleby College in Oakville ON, Canada, who produced their own video of support for the Ambassadors. The young Syrians were both moved and encouraged by their video (photo, below). 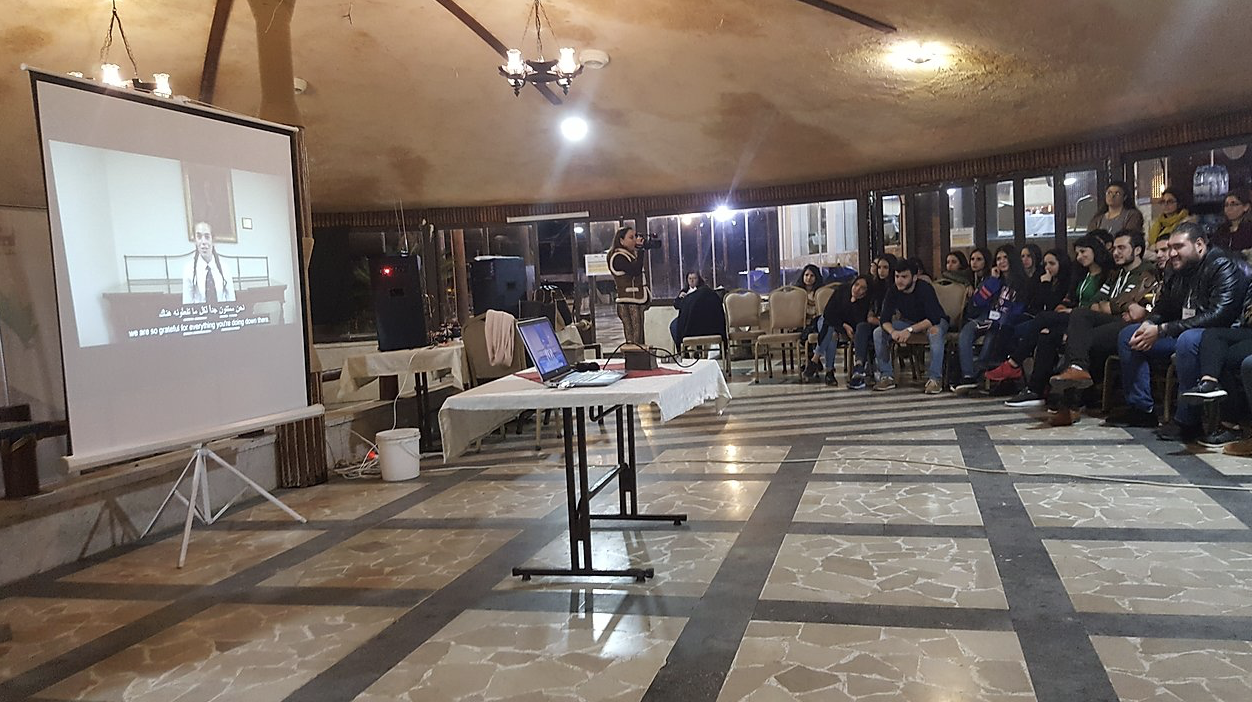 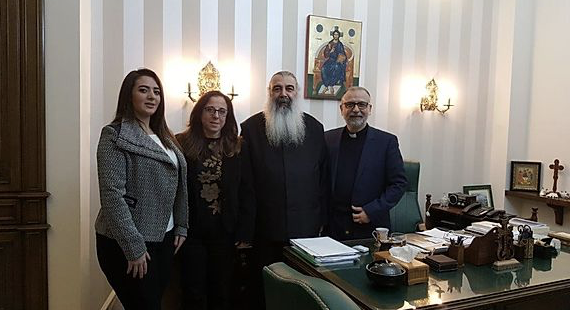 While we were in Lattakia, we had an opportunity to meet the new Greek Orthodox Metropolitan of Lattakia, Metropolitan Athanasios Fahd (photo, left). We congratulated him on his enthronement, and we discussed opportunities for collaboration. We were delighted to spend some time with him, and to build what we pray will be a wonderful friendship for the future.