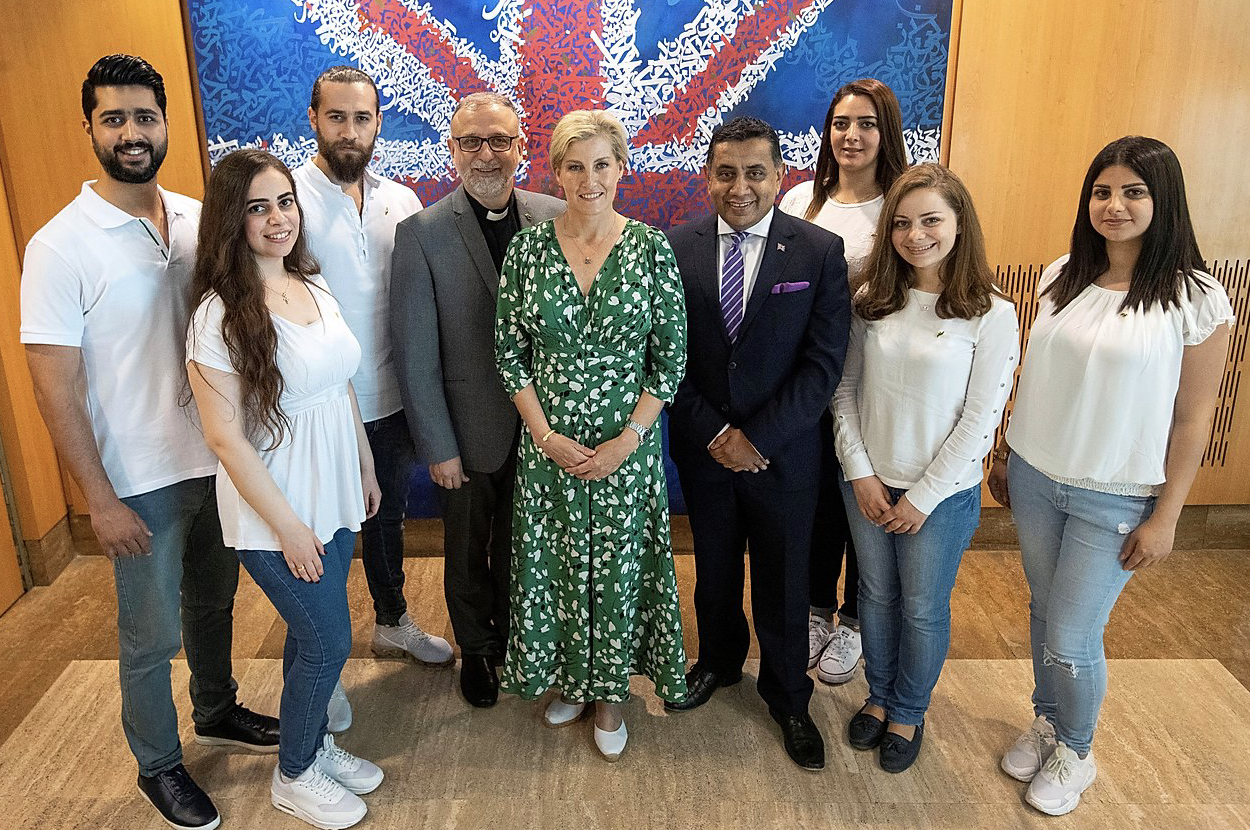 Our Ambassadors for Peace, with The Revd Nadim Nassar (4th from left) and Elza Nasra, our Middle East Coordinator and an Ambassador herself (third from right), meet HRH The Countess of Wessex and Lord Ahmad in Lebanon

During the first official royal visit to the country, on June 12th 2019, HRH The Countess of Wessex joined The Revd Nadim Nassar, Founder and Executive Director of the Awareness Foundation, in order to meet six graduates of the Foundation’s ‘Ambassadors for Peace’ programme.

Ambassadors for Peace is an ecumenical, educational programme for young people in Syria and Iraq, enabling them to build mutual respect and understanding in their diverse communities. The Countess is Patron of the Awareness Foundation. Also in attendance at the meeting was Lord Ahmad, Baron of Wimbledon, the UK’s Minister of State for the Commonwealth and the UN with special responsibility for peacekeeping and conflict resolution, and the Prime Minister’s envoy for freedom of religion or belief.

The Revd Nadim Nassar said: “The small number of Ambassadors for Peace represented the whole group in a wonderful way. They gave a clear and deep picture of the challenges of living in a warzone, but also of their resilience. We are very proud of them.”

The young people introduced themselves to The Countess and told her how much their lives have changed as a result of participating in the Ambassadors for Peace programme, and the great impact that it has had on them. The young women, in particular, were passionate about promoting the role of women in rebuilding Syria.

After talking with each of the young people, the Countess expressed how, after hearing so much bad news about Syria over so many years, it was refreshing to witness the light and hope of the young representatives of the country.

She assured the young Syrians that they are not forgotten and that “we are with you and we are supporting you”.

Nadim also said: “Conflicts have scarred the Middle East. So many have lost their lives, and millions have fled the region. Christians have suffered greatly, but they can still play a major role in building a new peace for everyone. The Ambassadors for Peace programme demonstrates the potential of young people everywhere to overcome great challenges in order to work for a better society. We should be proud of our country and our young people who are determined to change their situation for the better.”

Earlier in the day, The Countess also visited a tented settlement in the Bekaa Valley and met Syrian refugee families.

PICTURES, LINKS AND MORE INFORMATION
The Royal Family’s Instagram post
Image of the Countess with the Ambassadors for Peace