Allowing you to be you: why religious freedom is so important

09 Jul Allowing you to be you: why religious freedom is so important

Religious freedom is important to me because it allows you to express yourself. It is your right as a human being! 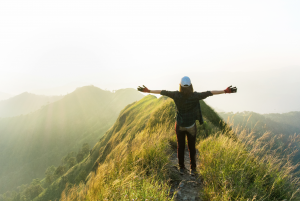 Archbishop Angaelos said in a PAX interview that one of the problems that we deal with in western culture, is that religion is almost separate from the rest of life. He further went on to say that as people, we can rationally distinguish between how a person lives and what they believe. However, in areas such as the Middle East and South East Asia, religion and life is very much intertwined.

I know that at first glance it may seem that religion and life are separate in the western world, because of the way people dress for example, or because of how they go about their everyday lives. But in my opinion, that is not the case. 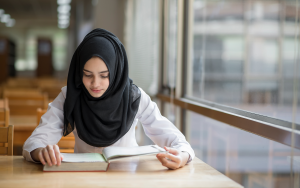 If you ever get the chance to talk to someone of a different faith to you, it can open your eyes to just how much someone’s religion can shape who they are as a person. I have had the pleasure of engaging in many conversations with people who are religious. It makes me smile and feel happy, listening to them express just how much their religion is important to them and how it influences the decisions they make on a day to day basis.

They express themselves in the way they dress, i.e. with turbans or scarves covering their long hair, which is something they choose to do, rather than a requirement from others influencing their religious beliefs, or a fashion statement because it goes with an outfit.

You realise this when you hear the passion and love that comes from their words, when they are explaining to you their faith and elements of their religion. This could be for example the background and meaning behind religious events such as Holi festival, which now in the western world may just seem to you and I like a bit of fun for a day. Their faith is embedded in them. It accounts for the biggest part of them, because religion evidently makes them who they are. It shapes how they lead their lives, which makes me curious about them, even though this is not obvious at first sight.

So, to me religious freedom is more than just supporting the freedom of an individual, in public or private, to manifest religion. It is about allowing someone to be free to be who they are. 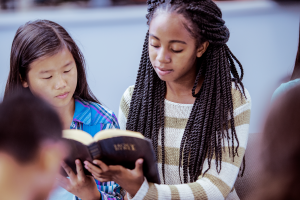 Here’s a definition of religious freedom: Freedom of religion is a principle that supports the freedom of an individual or community, in public or private, to manifest religion or belief in teaching, practice, worship, and observance.

Archbishop Angaelos said that, “surely if I have a way that expresses a sense of diversity, then that should be welcomed and embraced”.

This made me think about a situation with a YouTuber whose videos I love to watch. She made a decision which brought about hundreds of negative comments from online users. This decision she made had everything to do with her religious freedom and no one else’s!

Her name is Dina Tokio, she is an Egyptian born, British blogger and to me an all round amazing, fabulous human being. I admire her boldness in how she expresses herself, with her words, her humour and her fashion sense. Dina is a Muslim woman who recently made the decision to stop wearing her hijab. This however caused outrage on YouTube, with people leaving nasty and cruel comments on her videos because she was showing her hair. 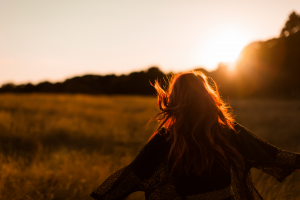 The point of the matter is that if she is in public without a head scarf, it does not make her any less of a Muslim than other people, it doesn’t affect things such as her being able to pray. She is just simply expressing herself differently, and that is everything to do with her alone and God. No one else.

It got me thinking: how can people be so publicly cruel in the name of religion?

Where in any religious holy book does it say that bullying is acceptable? And lastly, what gives anyone the right to comment such negative opinions, in order to provoke or spark a reaction on a matter which has nothing to do with them?

Why can we simply not allow someone to just be free? Why do people feel like they can play God?

Archbishop Angaelos truly believes freedom is the answer. And I think it’s time that we in the west start letting each other be free! Perhaps if we did, we would truly understand religious freedom.

To me this will always be important, because religious freedom allows you to be YOU!