06 May My Awareness Journey by Samuel Frederick Creed 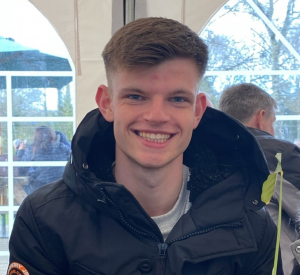 As a 19-year-old university student coming into the Awareness Foundation, I was both apprehensive and excited. I had explored the website, read into the charity, read the blogs, watched the videos, and I was eager to contribute as much as I could to the cause.

It is often said that work experience is an important programme for maturity, for preparing a young person for the world of work. In my first week of work at the foundation, I discovered not only a lot about work, but also vast amounts that I did not know about the world. After just 15 minutes of speaking to both Nadim and Huda, I had learned so much about the Middle East and about faith that challenged my previous beliefs and understanding.

They both referred to a deep sense of ignorance between Western and Eastern countries. Originally dismissive, I slowly began to understand this. I listened to Nadim and Huda speak and I realised that my knowledge was not as strong as I originally believed. It was from this moment that the work of the Foundation really struck me, and I understood just how important the mission was.

Unfortunately, both the East and West have crafted unhealthy stereotypes of one another, which only serves to deepen misunderstanding and cracks between us. I only experienced a flavour of the knowledge available at the Awareness Foundation, but I felt that I had developed a vast amount of understanding and a greater appreciation for Eastern culture. I had been a victim of Western culture, a lack of education of the East and constantly being fed stereotypical views.

I also had the pleasure of interviewing Nadim and Huda, and it was clear from the first minute just how much this foundation means to them. They radiated passion and love and were incredibly humble considering how far they have brought the charity up over the past 18 years. The beauty is that, for Nadim, the charity is still his dream and his passion has never faltered or disappeared.

I am a huge believer in fate, in destiny. I like to believe that everything happens for a reason and that everything that I go through, it has a purpose. I believe that I have been taken into this amazing Foundation to learn, not just about work and careers, but so much about faith, religion and how it can intertwine seamlessly with everyday life.

It is testament to Nadim, Huda and the amazing network of supporters that they have built the foundation up from an idea and a dream to this wonderful, overseas organisation and I’m confident that it will continue to grow for many years to come.